So let's talk about the most important part of the ponytail: it's prepping the hair. What we like to do when you work with a ponytail, you probably want to work on hair that's been washed the day before. The reason why is because its not as silky, if you wash it , if you do your pony tail on the day of its generally just a bit slippery or just too clean, so pieces start falling out, especially if you have layered hair.

Prep the Hair for the Ponytail

You can start by blow-drying the hair a bit - just smoothing off the hairline a bit that tends to be a bit frizzy.

It's important to decide how high or how low you'd like to have the ponytail. So with Leila were going to go just above the bone area, to the back of the head. Were going to take our band, it might be helpful doing this while you're sitting, so you can have tools in your lap. And just clean up your hairline. Its great working with a softer spray to begin with, so that the hair doesn't set like wetting hair.

If you're someone that has like one length hair, it's very easy to take a section of hair from beneath and wrap around your rubber band to disguise your rubber band. Leila has layered hair so the sections I'll be taking, starting with the left first, will allow me to disguise the band of the hair, and crisscrossing the bobby pins so I can ensure that it holds properly, starting on the next on the other side of the head, taking another section and doing the same.

And I am working with both bobby pins and hair pins. The bobby pin I am using when I find that there is a section of hair that is difficult to hold, it's stronger. And then the hairpin is for the loose pieces.

At this point look in the mirror and see how much of the fringe area you have left. And start designing your fringe. You can then go into the ponytail with a large curling iron, just to soften. And we can leave longer pieces out if you like. I choose to leave longer pieces out of Leila's hair. I think it looks really flattering to her shape of her face. And I am just using a tiny bit of polish, a pomade to polish that. And then were going to go in and spray it in place. 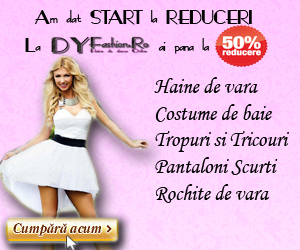